Languages: I am fluent in English and Chinese. I know some canto, and Spanish.

How many hours can I play a day: I can play 10-12 hours a day. Well even though I’m not a gm, I do so anyways. But, if I become a gm, I will take the given responsibility as a game master and play even more.

How long have you been a member of the server: around 2 weeks, I believe. LOL. Well, even though I haven’t been here for long, I love the server. Everyone is nice, and fun to play with.

Why you want to be a gm: Well, in my time zone, the only gm that’s around is Megan. Megan isn’t able to play in the morning around (8-12 p.m.). Therefore, if Megan isn’t around there is no gm, to take protect the server from them devious hackers. Throughout the span of my two weeks being in the server, I have seen and screen shotted 2 hackers. Whenever I catch these hackers, I say to myself, “if only I was a gm I would have brought peace to this server with my own hands.” I feel like the world deserves to be fair, and that hackers shouldn’t be allowed to roam in this server. Pretty much, we all know hackers aren’t fun. So in retrospect, I want to basically try to improve and enhance everyone’s game play. Also, I am very helpful, if you ask me a question, I can almost guarantee it, that I will do everything in my power to find the answer.

Why should we pick you over all the others: Well, first I can speak perfect English. I also already help other people with their problems. Also I believe there are two types of people in the world, problem solvers and people that just let their problems go by. Well, I am a problem solver, there is no problem that I would let slide past me. If there is a problem, I will be the one to solve it. The meaning of a GM in my eyes is a person that can cooperate with the community and solve its problem as well. I believe that this job fits me well, as I believe that we live in a world where everything is fair. Just as Harvey Dent said in Batman-The Dark Knight: “In this world, everyone deserves a fair chance.”

Experience: Well I have no experience of being a real GM but I was an intern before. Interns in that server were literally treated as regular players and not given, the job of GM in game. So, in other words, no real experience and no proof as well. Well I hang around great GM's such as Megan and Jermey, so I bet if I continue to hang around those two one day I will also become as great of a GM as them.

What events can I host: Well I can host a plethora of events such as JQ, T/F, HnS ( Hide and Seek ), and Musical Chairs ( or what MEGAN calls "SEDUCTION" ).

What would you do if someone was hacking in front of you: I’d first have to be sure that they are hacking, so #1 take a “couple” good Screen Shots. If there is a gm on, I would share the photos of the hackers with him, to make sure that there is a hacker. If there isn’t another GM within my reach, I will simply wait for another GM to log on. You may ask, why I need to give them a second opinion, well this goes along with my beliefs that this world is fair. I know what hacks are, but sometimes I may be mistaken, however I don’t believe that two GM’s can be mistaken about the same issue. I will also fraps the hacker using his hacks, if the hack is hard to capture on simply screen shots. But, when I do get the approval that the hacker is really hacking, yo ima bring down the pain. I’m gunna show no mercy, and take my ban hammer, and type in all chat “No hackers in my house bitch” and ban him.

I’m serious; I’m going to do that.

How all players should be treated: Well everyone should be treated fairly. I’m neither a racist nor a sexist, and in my eyes everyone is a child of god, and should be treated with the utmost respect. But, sometimes I do crack jokes about certain races. For example, if someone is telling me a story about how they can’t find something and they are Asian, I will say “open your eyes.” I know that means I can be considered a racist, but if their feelings are hurt I will personally apologize to them, and even call them on Skype to tell them about how sorry I feel. Also everyone will have my respect, until they either: Lie, call people very bad names, hack, or “be a dick”. If these players lose my respect, I will give them the chance to earn it back using good behavior.

How could we improve the server: Well I know how to gfx, and I also am a very capable learner. I’m not saying I will, but if the server really needs a coder who can code in php, I will read books on how to code in php, during my lunch breaks. Practically my goal as a GM is to improve the game play of everyone around me, so I will do everything in my ability to help improve this server. I am also a problem solver, so if there is any problems that are going on within the server, I will also do everything in my ability/power to help find a solution.

If someone had custom Wz edits what would I do first: Well Wz edits aren’t always intentional. Some servers provide Wz edits to their players, so first I will tell them that this server doesn’t currently have any Wz edits, and that if there ever was to be any Wz edits available, it would be downloadable at the main website. I believe that this world is fair, so if someone has something others don’t have it shouldn’t be allowed. So basically I will tell them to take out their Wz edits, and if they don’t have any clean copies of the original Wz files, I will send them over to him/her via Skype, aim, msn, or other file sharing program. Fuck, ill even register an account for some weird file sharing program, just so they can have clean Wz files. If they don’t change it back, yo ima either jail them till they do it, or just lay down my ban hammer. Fair world=fair game.

Final words: I am a firm believer of fairness. That basically why I’m going to law school. Well sometimes I will have to go out, but if a problem arises in my absence I will not cease to find a solution for the problem. My undying determination will inspire the others to not just let problems slide past them, but to counter them with a solid mind and relentless ambition. I am also a brother of two amazingly retarded yet cute siblings, so I have the experience being a leader. I also am an eagle scout, which just adds more to my ability to lead people, and make decisions that will affect others.

Skype: Math.Luver ....Feel free to add me, in this world meeting new people is always good.

MSN: fakuhoe@live(dot)com ( I was young, really young, and this is the only msn I have. So sorry for if the name offends anyone.


Thank you for reading my incredibly long GM app. Have a nice day, or whatever is left of it anyways.
Toddles~!

Thanks for saying my name five times, bruh. Nananana idk. Kgoodluck. Dont get run over by a bike. -coughcoughspasmcoughsneezecough-.
_________________
[Only admins are allowed to see this image] 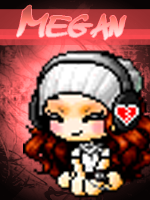 HA That Part Made Me Laugh Bro and GL Btw.

l'll vouch for philip because hes nice. and he'll make a good GM in AddictedMs, hes dedicated to this server and he'll be on most of the time.